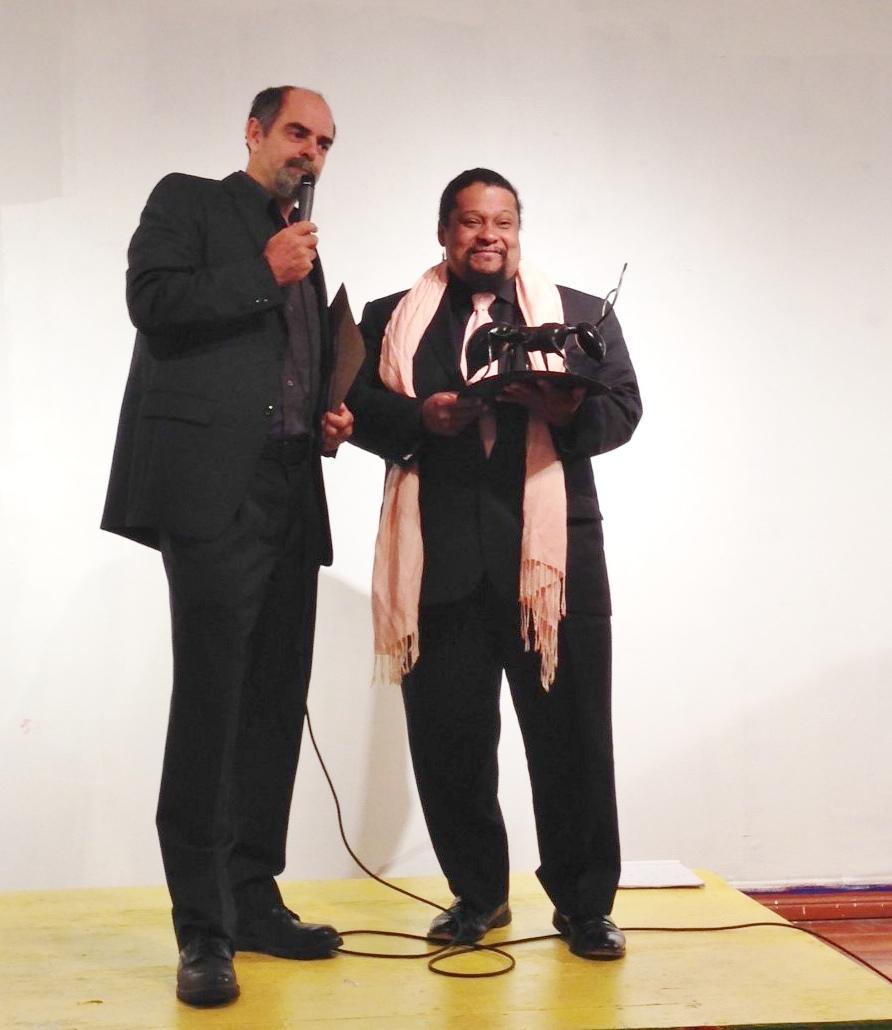 Tyrone Hayes, star of THE FROG SCIENTIST, recently received the E.O. Wilson Award from the Center for Biological Diversity. The award celebrates Tyrone’s “courageous science and advocacy to protect people and wildlife from pesticides,” says Kieran Suckling, the executive director of the Center. The award is named after Harvard biologist E.O. Wilson, a world-renowned conservationist and ant scientist.

In his speech accepting the award, Tyrone took an unusual approach: he read from his passport. U.S. passports are printed with inspirational quotes from U.S. history, and Tyrone said that while waiting for a bus in Venezuela he noticed this Mohawk Thanksgiving address on one of his passport pages: “We send thanks to all the animal life in the world. They have many things to teach us as people. We are glad they are still here and we hope it will always be so.”