SLJ Interview Gives Readers a Behind the Scenes Look 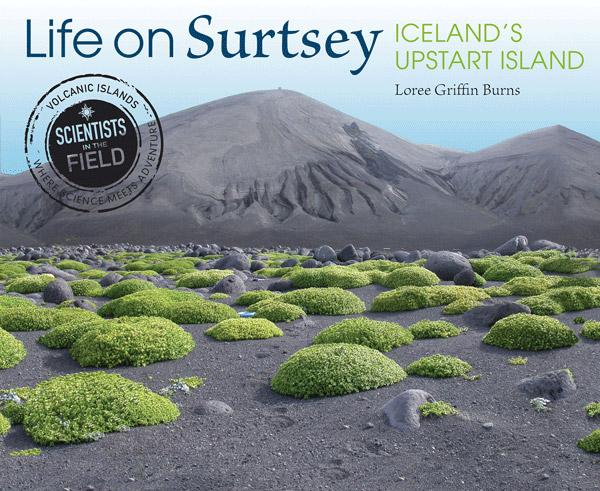 A big pile of volcanic rock stuck in the middle of the ocean may not seem like an obvious choice for a place to study plants and animals, but any Scientists in the Field reader knows that looks can be deceiving.

The island of Surtsey is about fifteen miles off the shore of Iceland, and was created by a volcanic explosion on November 14th, 1963, making it some of the newest earth on Earth! On November 14th this year, Surtsey’s 54th birthday, we were also celebrating the publication of Life on Surtsey: Iceland’s Upstart Island, by Loree Griffin Burns.

You can now read about the process of writing the book in this fascinating interview with the author on School Library Journal‘s website. As Daryl Grabarek relays, Loree was inspired to write the book after a vacation to Iceland with her husband:“As soon as I was home, I began to research Surtsey’s story and was further mesmerized. Eventually I wrote to the Surtsey Research Society, the organization that controls access to the island as a research site, and pitched the idea of writing a ‘Scientists in the Field’ book about the science being conducted on the island.” Thanks to Loree’s determination and the generosity of the research society, SITF readers can now read about Surtsey’s birth, the life that has taken hold on the volcanic rock, and the work of the scientists who are allowed to visit the island.

What kind of work are the scientists doing? As Loree outlines in her interview, there are numerous fields of study being researched, “including the study of its volcanic eruptions, its geology, its soil, it’s climate, its degradation, and so on.” Life on Surtsey, however, “focused on the arrival of life-forms and the creation of new ecosystems. That aspect of Surtsey’s life is fascinating, but it’s really just the tip of the important research being conducted on the island each year.”

Check out this latest SITF installment to read along as Loree follows entomologist Erling Ólafsson and his team. Ólafsson has been visiting the island every year since 1970 to observe the island’s flora and fauna, record changes, and collect samples, discover how a lump of lava transforms into a thriving ecosystem.