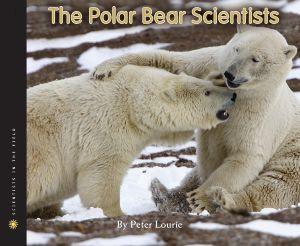 According to Polar Bears International, “Polar Bear Week provides polar bear enthusiasts with seven full days of celebrating their favorite arctic animal. The event coincides with the fall polar bear migration to Churchill, Manitoba, where polar bears gather to wait for freeze-up on Hudson Bay so they can return to hunting seals. During Polar Bear Week, we focus on how longer ice-free seasons are straining the limits of the bears’ fat reserves, threatening their survival.”

You can even watch polar bears live in the arctic here on Polar Bear TV. And be sure to read The Polar Bear Scientists by Peter Lourie for more information about climate change and its effects on the polar bear population.