My Bees About Town 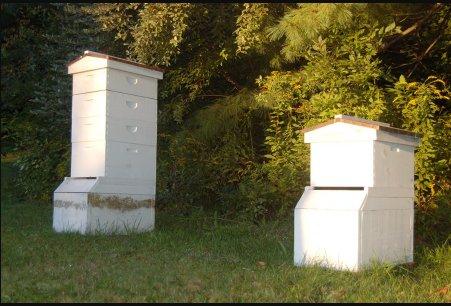 I’ve said it once and I’ll say it again: keeping honeybees is much harder than writing about them. In the year since I became a beekeeper, I’ve struggled to keep my very small apiary buzzing. I currently have two hives, but one (on the right in the photo above) will not survive. It lost its queen, began to dwindle, and is now infested with wax moths. Ugh.

I’ve decided, though, to keep at it. I love what the hives are teaching me (patience, for one, but also the most amazing things about insect communities and the way they respond to the natural world around them). Also, I got a neat message on my answering machine this week. It was from a neighbor, and it went something like this:

Hi, Loree! It’s Craig. I’m calling to tell you a funny story. I was at Ed’s house [note: Ed is another neighbor] over the weekend, and we were relaxing in his yard, and he said, ‘Craig, look at that apple tree. Would you believe that thing has not produced an apple in all the years I’ve lived here? Not one in a decade. And then, this year, BOOM! … apples. Isn’t it the strangest thing? I can’t explain it.’ To which I said, ‘I can explain it: The Burnses keep honey bees now.’

I am proud of my bees. Theirs is not an easy lot, what with having hatched at the exact wrong time to be a honey bee on planet Earth, and, as if that weren’t enough, being saddled with a fairly inept newbee keeper. And yet, they’ve spent their tumultuous year at my place doing their thing: pollinating plants. I love them for that. I really do.

So, if you have the interest and a chance, I highly recommend you find a mentor beekeeper. Check out their hives. Learn the ropes. When you’re ready, start an apiary of your own. If those ideas feel overwhelming right now, listen to this TED Talk by Marla Spivak, a honey bee researcher from Minnesota. She gives a great overview of the honey bee crisis, but ends her talk with some hopeful ideas and some really easy things that you can do to help the bees. And beef up your neighbors apple trees. 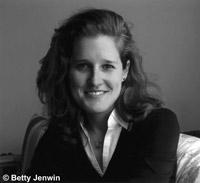