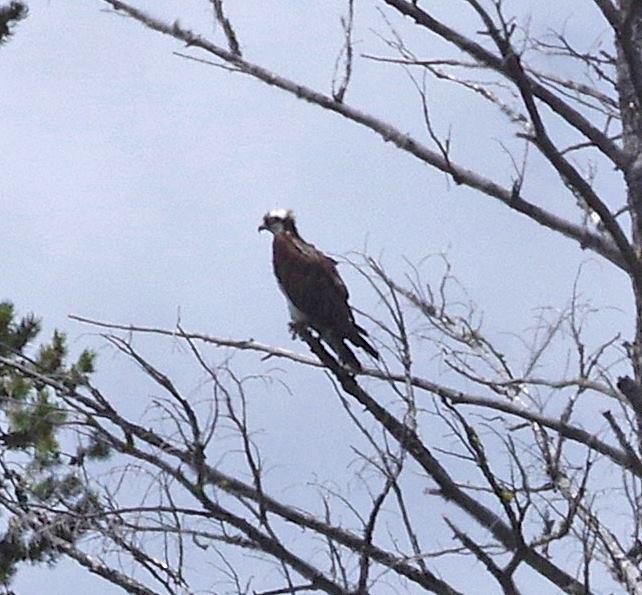 Rapunzel, a chick from 2012 that wears a radio transmitter, continues her adventuresome life. Her early 2014 wanderings are mapped on p. 68 of The Call of the Osprey. Erick Greene was quite amazed at how far and how restlessly she traveled. Fast forward to Spring 2015. The signals from Rapunzel’s transmitter stopped moving, and Erick feared she had died deep in the Montana forest. Two students headed out to check out the situation, following the static signal. They struggled through the dense forest until they reached the signal location. They looked around but couldn’t find Rapunzel’s body. Then they looked up, and there, high in a tree, was an osprey nest! Rapunzel had found a mate and was incubating her eggs. In mid-July, a group including Erick and photographer Bill Muñoz bushwhacked their way through the forest to visit Rapunzel’s nest.

Hiking along the beautiful stream in the Sapphire Mountains on the way to what is hoped to be Rapunzel’s nest. 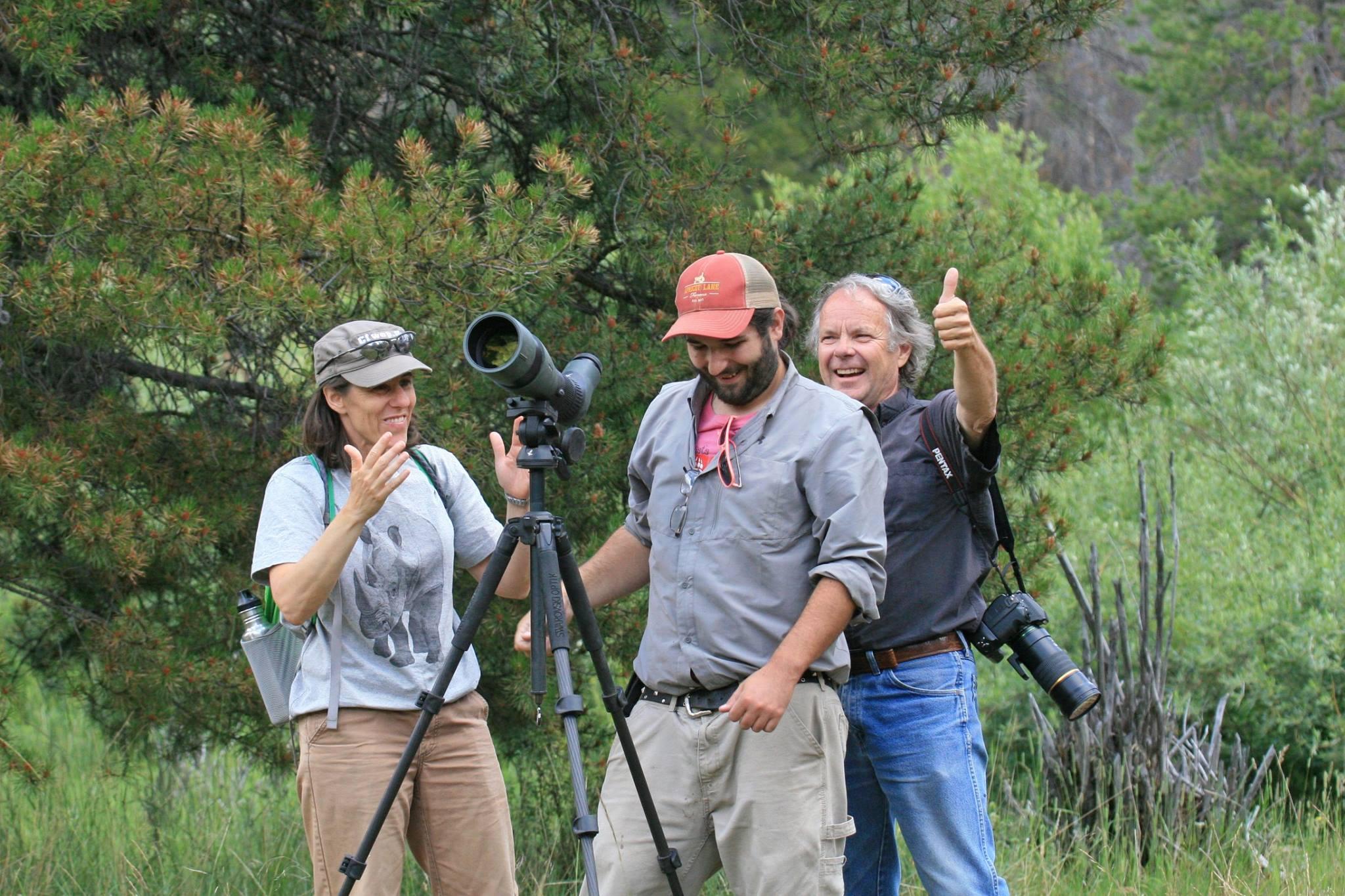 Dalit Guscio, Tyler Veto, and Bill Muñoz are delighted to see Rapunzel in the tree—yes, it IS her nest!

If you look closely, you can see the radio transmitter antenna on the bird’s back—it’s Rapunzel for sure!

In the fall, Erick and others began to worry about Rapunzel again—she’d been tracked to Yellowstone National Park on her way south for the winter but again, her transmitter stopped. This time, however, it was battery failure, but a backup system in the transmitter that sends less frequent signals confirmed that Rapunzel was once again safely fishing along the Texas coast where she’d spent the previous winter.