You might be wondering how the government shut down has affected our robotic champs Curiosity and Opportunity (one of whom is a featured rover in The Mighty Mars Rovers: The Incredible Adventures of Spirit and Opportunity. The Jet Propulsion Laboratory, which runs the missions, is a government contractor rather than a government program, so its personnel aren’t among the more 17,000 furloughed NASA employees. But ultimately, JPL works in partnership with NASA, so a long-term shut down is no good for either mission.

A much worse situation exists for a new Mars mission, Mars Atmosphere and Volatile Evolution Mission (MAVEN), which is scheduled to launch November 18, with a 20-day launch window. Missing this window will delay the launch more than two years. Bruce Jakosky, the head of the mission, told CNN.com: “The shutdown has already had an effect on preparations for the Mars mission, with a launch dress rehearsal and mission readiness review canceled this week. The mission has some margin for delays in its schedule, but every day is gold. We hate to give up margin days.”

You can learn more about MAVEN at: http://mars.jpl.nasa.gov/programmissions/missions/future/maven/

After the shutdown, information will be available at: www.nasa.gov/mission_pages/maven/main/index.htm

Fingers crossed that we will continue to support important explorations of our neighboring planet! 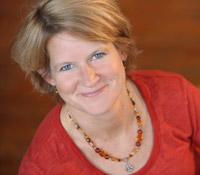