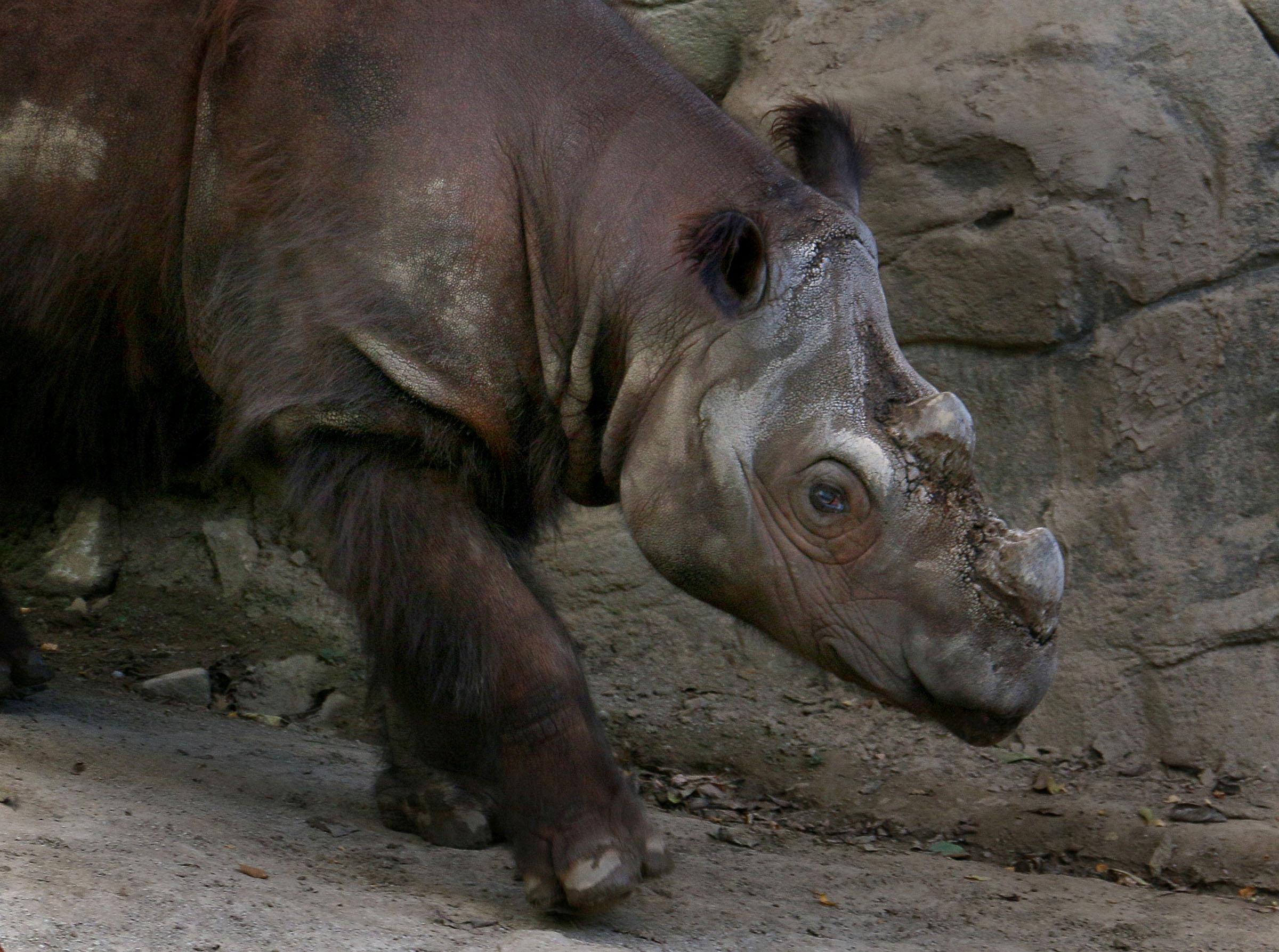 I’ll probably never see a Sumatran rhino again. Eight-year-old Harapan is leaving the Cincinnati Zoo for Indonesia soon. Harry is the sole member of his species viewable by the public anywhere in the world. Sumatran rhinos no longer live in any other zoos.

Harapan is the little brother of Andalas, the first Sumatran rhino born in captivity in more than a hundred years. Their mother Emi gave birth to Andalas in 2001 at the Cincinnati Zoo. You can learn more about the famous rhino family by reading Emi and the Rhino Scientist by Mary Kay Carson, photographs by Tom Uhlman.

Harapan is going to the Sumatran Rhino Sanctuary (SRS) in the Way Kambas National Park on the island of Sumatra. He’ll have a twenty-acre outdoor area to roam and forage in the forest. His big brother already lives there and is part of SRS’s breeding program. Andalas has already become a father once and his mate Ratu is expecting a second calf in May. The hope is that Harapan too will become a parent and help save their critically endangered species. Only about one hundred of the small hairy forest rhinos remain on our planet.

Dr. Terri Roth (the scientist in Emi and the Rhino Scientist) is sad to see the last of the Cincinnati Zoo’s Sumatran rhinos go. She’s spent nearly twenty years helping them reproduce. “We’re attached, to say the least,” said Terri. “We also know that giving him the opportunity to breed in Sumatra is the right thing to do for the species.” Harapan’s keeper, Paul Reinhart, will be traveling with the rhino on his long journey. Safe travels, Harry! You will be missed.