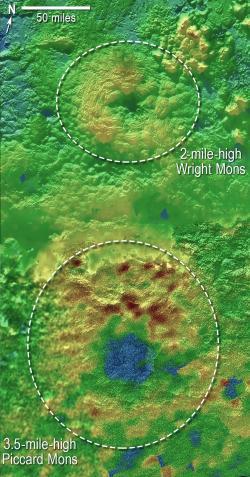 According to the New Horizons: NASA’s Mission to Pluto news center, a post on November 9, 2015 states “From possible ice volcanoes to geologically diverse surfaces to oddly behaving moons that could have formed through mergers of smaller moons, Pluto system discoveries continue to surprise scientists on NASA’s New Horizons mission team.

“‘The New Horizons mission has taken what we thought we knew about Pluto and turned it upside down,’ said Jim Green, director of planetary science at NASA Headquarters in Washington. ‘It’s why we explore – to satisfy our innate curiosity and answer deeper questions about how we got here and what lies beyond the next horizon.’”

As more information about Pluto continues to flow in from New Horizons, be sure to keep your eyes peeled for Mission to Pluto by Mary Kay Carson, out Fall 2016.