Gorilla Doctors to the Rescue! 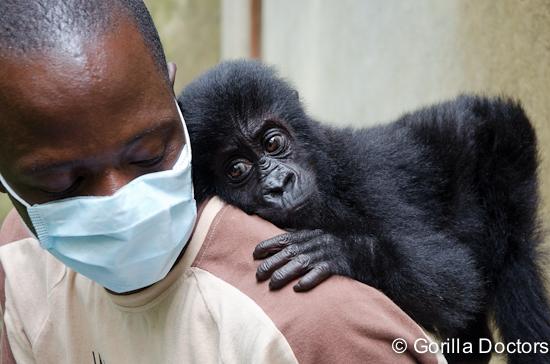 Lawlessness in the Democratic Republic of the Congo (DRC) is threatening the eastern lowland gorillas (also called Grauer’s gorillas) that call this area home. The Gorilla Doctors recently saved the lives of two baby gorillas, Baraka and Isangi, caught by poachers in two separate incidents. You can read about them here. The two are keeping each other company and receiving devoted round-the-clock care.

The poachers probably intended to try to sell Baraka and Isangi as pets—even though this is illegal. Because gorilla families are fiercely protective of their infants, the poachers may have had to kill many gorillas just to capture each baby. Unfortunately, the area where the gorillas live in the DRC is controlled by armed militias, which makes it difficult and dangerous for the Gorilla Doctors and other conservation groups to protect them.

Read more about the work of scientists dedicated to helping our great ape cousins in Gorilla Doctors.