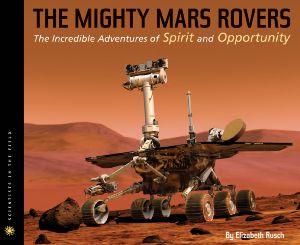 That January 24, 2016 marked the 12 year anniversary of NASA rover Opportunity’s landing on Mars? Often called “the Indiana Jones of Mars,” Opportunity was initially expected to survive for merely three Earthen months on the Martian planet!

Wonder what Opportunity has been up to lately? A statement from NASA explains, “Opportunity has been exploring the western rim of a 14-mile-wide (22-kilometer-wide) crater named Endeavour since 2011. This winter, it is examining rocks on the southern side of “Marathon Valley,” which slices through Endeavor Crater’s rim from west to east. This is a location where observations by NASA’s Mars Reconnaissance Orbiter have mapped concentrations of clay minerals that would have formed under wet, non-acidic conditions.” When work is finished up there, NASA hopes to continue Opportunity’s scientific journey on Mars.

For more information on the earlier years of Opportunity’s expedition, twin rover Spirit’s own mission to Mars, and the scientists behind them, read The Mighty Mars Rovers: The Incredible Adventures of Spirit and Opportunity by Elizabeth Rusch.

And here’s to many more years of exploration on Mars!