Citizen Science: You Can Help Count Bats in Pennsylvania 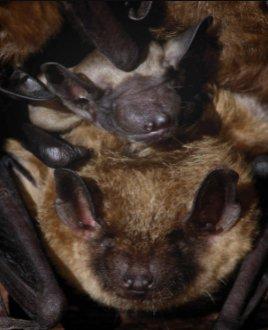 Summer means vacation for many of us, but not mother bats. It’s the season when many bat species gather in summer roosts and give birth. Bat scientists are very interested in these maternity colonies of bat mothers and theirs pups. Studying them can reveal how bat populations are doing in an area. This is especially important now that white-nose syndrome has killed millions of bats across the eastern half of North America.

Wildlife biologists with the Pennsylvania Game Commission are looking for help counting bats this summer. They’re looking for volunteers willing to count bats as they exit their roosts at dusk. The two most common bat species in Pennsylvania—little brown bat and big brown bat—often use abandoned houses, barns, and church steeples as summer roosts and nurseries.

Are you or your scout group, 4-H club, or environmental organization interested in counting bats? Everything you need to know plus the survey forms to send in your results are available here at this link: COUNT BATS FOR CONSERVATION!

Find out more about how conservationists are trying to help bats in The Scientists in the Field book, The Bat Scientists. A single bat eats as many as 500 mosquitoes and other insects in one night!