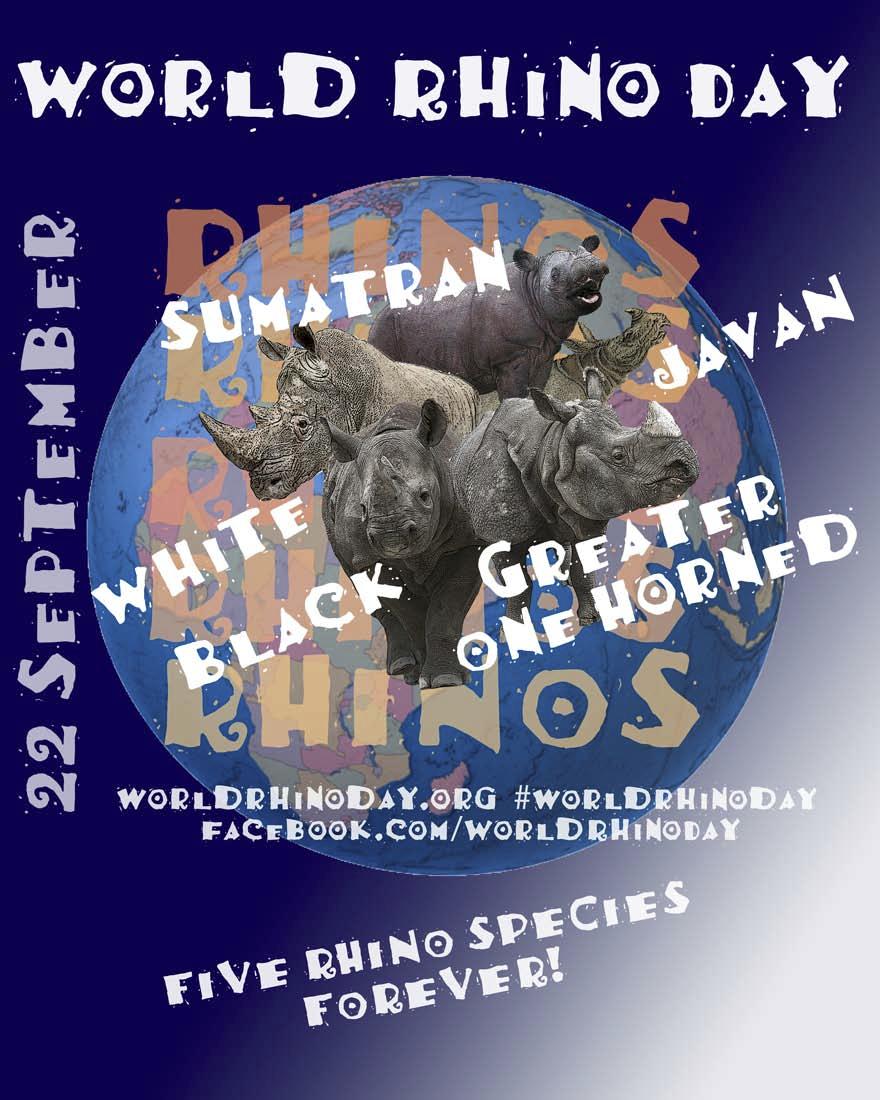 September 22nd is World Rhino Day! Zoos, wildlife organizations, businesses, students, and concerned citizens around the world are getting the word out about the trouble these remarkable animals face in the wild. World Rhino Day’s theme says it all: Five Rhino Species Forever!

You can join in the celebration! How? Lots of zoos and wildlife parks are having special events. For example, Terri Roth, the scientist in Emi and the Rhino Scientist, is giving a State of the Rhino lecture at the Cincinnati Zoo. Check the Events in USA page on the World Rhino Day website or Facebook page to see what’s happening near you.

Can you name all five species of rhino? There are two in Africa and three in Asia. Both African and Asian rhino species need protection from poachers who kill the animals for their valuable horn. One goal of World Rhino Day is to bust the myths that drive up the price of rhino horn and fuel the poaching.

Changing minds is important. If no one wants to buy rhino horn, then poachers won’t risk illegally hunting rhinos. It’s the demand from buyers who wrongly believe that rhino horn can cure diseases that drives the slaughter of rhinos.