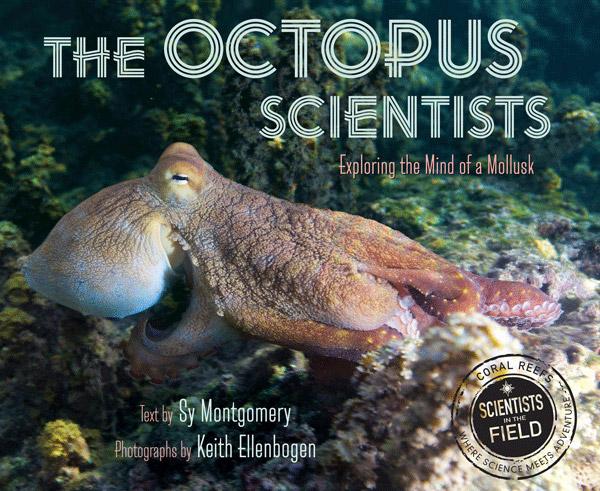 Three hearts, blue blood, amorphous skin, and tentacles that taste—for many it may come as no surprise that these sea-dwelling shape-shifters are, in fact, aliens. And results from a DNA study just might prove it. According to an article on BreakingNews.ie, “Researchers have found a new map of the octopus genetic code that is so strange that it could actually be an ‘alien’.” These otherworldly creatures of the deep are remarkably complex.

Recently, one of Scientists in the Field’s very own octopus scientists David Scheel filmed an inter-octopus encounter that captures how they talk and communicate for the first time. Make sure to watch here.

And to learn more about these mysterious, unique, and complex creatures, read The Octopus Scientists: Exploring the Mind of a Mollusk by Sy Montgomery, photographs by Keith Ellenbogen.