All Hands on Deck to Support the Southern Residents 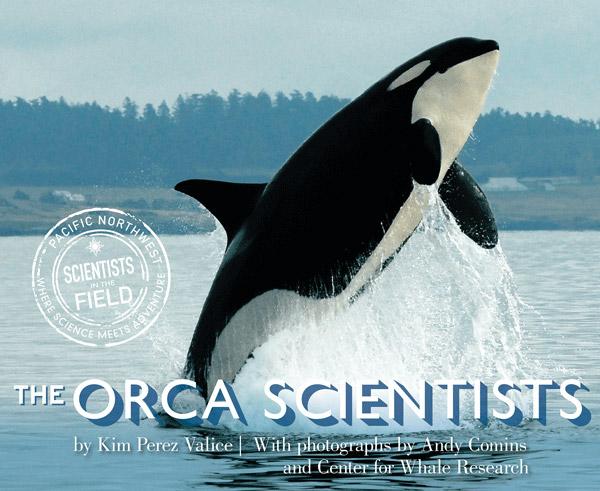 Late last week, The Seattle Times reported that the National Oceanic and Atmospheric Administration (NOAA) is planning a somewhat unusual intervention in the hopes of supporting J50, a 4-year-old orca whale and Southern Resident who is dangerously emaciated and ailing.

Article author Lynda V. Mapes writes, “The federal government is marshaling an emergency response…which will include feeding live chinook — dosed with medicine — to the ailing animal who may only have days to live.” Also planned: a thorough but non-invasive health assessment, taking photos of J50 using drones, and collecting scat from the surface of the water.

Many of these methods for studying the Southern Resident orca whale population will be familiar to readers of recent Scientists in the Field title The Orca Scientists, by Kim Perez Valice and Andy Comins. The book follows Ken Balcomb as he continues his work of studying orca whales, and trying to figure out ways combat the changes in body size, travel patterns, and even social behavior that has accompanied drops in their numbers. Once seen as vicious or blood thirsty by many people, orca whales are family-oriented, playful, and social. As Mapes mentions in her article, one harrowing example of that is “another member of the southern-resident orcas…clinging to her dead calf for a 10th day, unwilling to let it go. The calf born July 24 lived for only half an hour.”

Mapes reports that Lynne Barre, director of the protected resources division of the Seattle branch of the West Coast Region of the NOAA, has said that “the agency has a permit to conduct an emergency response to help J50 and is working on a plan to hydrate and medicate the whale with live chinook — a plan still in development and facing approval by the agency’s headquarters in Washington, D.C. — to save the whale’s life.” So, the NOAA will have to work with the national government to get their efforts set into action. Meanwhile, Jay Julius, chairman of the Lummi Nation, has said that “the tribe has arranged for use of a jet boat, and he is at work finding a source of fish that would be suitable to feed J50, possibly caught by tribal commercial fishermen now on the water.” It is truly a group effort across not only Washington but the nation to support this struggling whale.

To learn about the trial run for J50’s potential life-saving feeding, check out this follow-up article. To read about the history behind crises like these, ongoing research, conservation efforts surrounding the Southern Resident whales, and the work of esteemed whale biologist Ken Balcomb, check out SITF title The Orca Scientists.